In one of my first posts, I described succumbing to wanderlust after a semester abroad. The need-not desire but need- to travel was so intense and abrupt that I figured it was some minute part of my DNA that was bound to overtake me one day; I would have been attracted to a life of traveling even if I had never left my hometown.

Then, I spent a day re-watching some of my favorite Disney movies. In an afternoon I watched a misfit find happiness in Paris, an orphan travel from the UK to New York City in an oversized piece of fruit, and a long-lost king reclaim his throne in Africa. That’s when it hit me: I wasn’t born to travel. Disney brainwashed a sense of travel into me! To be honest, it was through their movies that I was first exposed to the far away places I desire to experience now. While the movies aren’t the most accurate of travel guides, they introduced me to foreign landmarks and cultures that I would later recognize during my travels. The stories -as outlandish as they were- got my imagination going and made the unconventional career of a professional traveler seem possible.

I’m not quite there yet but another thing that Disney taught me is that the unusual always wins. Especially if there’s singing involved.

Below are the top 5 Disney movies responsible for my Wanderlust .

5. James and the Giant Peach

This story of a neglected orphan who, along with a handful of insect friends, travels across the sea in a giant magical peach always intrigued me for some reason. This was probably my first encounter with NYC being the “land of dreams” and the happiness James and his new family finds there is enough to make the city seem magical to young and old.

4. The Hunchback of Notre Dame

When I visited the Notre Dame Cathedral last year I wasn’t thinking about how beautiful of an archaeological feat it is. I took one look at it, pointed, and squealed, “Quasimodo’s House!”. I was around 5 when this movie came out so it was probably my first introduction to Paris, the Cathedral, and Victor Hugo’s tale of the deformed bell-ringer who lived inside its towers. 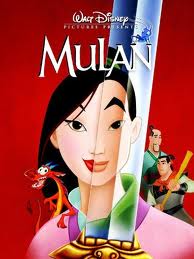 I was obsessed with Mulan for years and had the collector dolls to prove it. The most memorable scene for me is of the title character defeating the villains with fireworks in The Imperial City. I see other bloggers documenting their visits here and can’t wait to do the same.

I never knew the exact location of Aladdin but it’s obviously someplace in the Middle East. My favorite scene is when Aladdin takes Princess Jasmine on a magic carpet ride around the world. They pass by the Pyramid, watch the fireworks over, the Forbidden City, and even see some future ruins of Greece.

The lucky animals in this movie not only talk but also live among some of the most beautiful backgrounds in animation history. Because of this movie, I’ve always thought of Africa as a lush, beautiful place. When I do get to Africa, I want to go on a Safari and, most likely, I will be the annoying one calling all the lions “Simba”.

What movies inspired your travel addiction ?